So it’s official… I’m a sister. I’ve got 18 months to go and it seems like time is just flying over here. It gets me thinking a little bit too. I don’t want to waste my time over here, because it’s the only 2 years of my life that I’ll be able to serve the Lord to this capacity. I’m not saying I’m perfect, because no one is. All I am doing is striving to fulfill the responsibilities the Lord has entrusted me with, and bring him as many souls as I can.

I’m still in Domboshava and things here still smooth. We’re having difficulties with the leadership in the branch, but nothing too big for us to handle. A new rule that this mission implemented a little bit ago is now people must have a marriage certificate if they are to be baptized. The people here all don’t have legal marriages so it’s become very difficult to baptize some couples lately.

On Thursday we had exchanges with the Kuwadzana DL and his companion. It was a work day for sure. With all of our recent baptisms our teaching pool has gone down so we did a lot of finding. There is only one part of our area where it’s possible to do that because it’s the only part that has homes that are close to each other. President Mkabelah is trying something new out and now he really wants the ZL’s area to be a model area for other missionaries to follow. So now instead of just switching companions, we switch and both of them come to our area. It’s kind of different, but I guess there’s a good reason.

The baptism we had on Saturday was a really humble baba. He was one we were teaching in Njedza. The member we used to take to see him actually baptized him. It was really a site to see, seeing a buddy baptizing a buddy.

I’m grateful for the humility here and for all the people we have been able to teach. Not an exciting week, but a powerful one nonetheless.

Like Loading...
Hey guys,
This week was crazy. On Tuesday Elder Cook from the area presidency came and it was a really good zone conference. He touched some important things that this mission really needed to improve on and really needed. He taught a lot about the organization of the church and how everything is set up, and then he related it to missionary work. I’ve learned what it really means to be obedient and unified in the mission field, and why it’s just so important for us to all have one mind. Everything we do is centered to the Lord because this is his work, and when we become unified in purpose and mindset, we can see miracles. He taught lots more, but I fear I won’t have the time to explain it all. After his remarks President Mkabelah addressed us on what it means to be a leader. Apparently some people aren’t happy about others receiving leadership and complained to President. President said that it doesn’t matter where you serve you are still a missionary. This is the Lords work and this is whom the Lord has appointed with such responsibility. When he was speaking everyone looked at me so I just kept quiet haha. I don’t know what the Lord wants me to learn, but for now I’m just going to work. I don’t go off telling everyone what status I have… THIS IS WORK! It’s more responsiblities and more and more work. That’s all it is.
So on Friday some missionaries were baptizing 8 in their area and we had to conduct the interviews. I just took one the Elders to Domboshava and we spent the whole day working as my companion conducted the interviews in their area. My companion had to do the interviews because some of them only speak Shona. The Elder that I took is still in his first transfer, his name is Elder Baldwin. It was really fun to get a glimpse of what it would be like to train someone. He was also really excited to see Zebras, he being from Wyoming and everything.
Recently in my studies I’ve come across some interesting subjects concerning the spirit world and the ministering of Angels. I don’t want to get too deep, but I finished D&C and the final section was Joseph F. Smiths commentary on Jesus Christ teaching in Spirit Prison. I’m so glad to know that I am a part of this restored Gospel and we have the revelations and the scripture that we have.
I know that the church is true. No like I think I mean it this time, I’m not just saying it in front of everyone. I’ve grown spiritually at such a rapid rate and my testimony is just flourishing. This is the Church of Jesus Christ. It is led by a living prophet, seer, and revelator. The Book of Mormon is inspired scripture and could not have come from any mans thoughts. It’s too deep, it’s too complex, and I never knew how close someone could actually get to God by reading it. This mission needs work and I have been called to serve. No regrets, no second thoughts, no going back.
In Alma’s words “I have labored without ceasing, that I might bring them to taste of the exceeding joy of which I did taste; that they might also be born of God, and be filled with the Holy Ghost”.
Much love,
Elder Robison

Last week was crazy, especially my birthday. We had another baptism (who I baptized on my birthday) and it was just a hectic day. Soon after the baptism I conducted my first interviews, which went well. Soon after that we played soccer against a team in the mountains. I even got to play and we won! My companion saved the winning penalty kick, so we’re both kind of pumped right now. We keep seeing Zebras so that’s insane, but I’ll take pictures when I see something new. That night I had a really awkward birthday experience. Some members invited us over on Saturday for my birthday, but when I got there things were rough. I told her to remember the cake and she forgot it at church. And to make matters worse we brought two other elders for cake. And the husband had no idea about any of it so he thought it was a normal visit and made everything super awkward. They made up for it on Sunday with a nice party, but it was still an experience I’ll never forget haha.

Today our zone was invited for the sweetest activity ever. Some members own a golf course and they invited us for free golf and pizza, SO RAD! I got to show off some of my golfing skills to some professional golfers. The ladies who invited us are actually professional and play in the Euro league. They helped me out a bit and now my swing is looking great! Afterwards every one sang happy birthday and I got dumped with water so I guess it was a good birthday after all. One of the ladies goes to the states quite often and has TONS of friends in Alpine. She goes every year in October. She had Kool-aid and American whip frosting for the cake. It was seriously the best activity ever. It’s weird that I don’t feel older yet, but I guess I never do when you ask me anyways so.

This week a general authority is doing a mission tour and our next zone conference is tomorrow. This time it will be Elder Carl B. Cook of the quorum of the seventy. I’m really excited for the message he has for us and the rest of the mission. There will also be a portion for leadership training which will be good since I’m still a new ZL.

I still have a long ways to go, but I’m getting there and the work is moving. Domboshava is a haven for missionary work and I feel so blessed to work with the missionaries I do including my awesome companion. I just realized something, after this transfer I have 18 months left. I’m becoming a sister! Any sisters coming in this next transfer are going home with me I guess so I feel kind of old now. I’ve stopped worrying about how young I am on mission because to tell you the truth new missionaries come in every transfer and I get to think that they have way longer than I do.

Anyways I hope home is fine and that the Lord continues to bless you immensely.

PS sorry no pictures this time, I forgot my card reader… next time I’ll send you lots.

Njedza is the name of the area in the middle of nowhere that we go to. There’s a member there that really likes to help us with our work and gave us lots of referrals. His name is brother Freeborn. He lives in the literal forest up the mountain and I think he lives in the Garden of Eden. He has bananas fresh from  the vine, guavas, oranges; just about anything you could want. He took us house to house meeting new people who really want to come to church. None of them speak English so brother Freeborn translated word for word everything I was saying which was really sweet.

On our way back from Njedza brother Freeborn took us to see the Zebras! They’re in our area, just off the side of one of the dirt roads. I’ll attach some pictures. That following Sunday we had 16 investigators show up to church. A lot were from Njedza despite the distance and they all want to be baptized. One issue we face though is marriage. In order for someone to be baptized you have to be legally married. We’re planning some weddings so we’ll see how they go.

So I think I mentioned that we play soccer sometimes on Saturdays. We beat a team pretty badly two weeks ago so last week they hired some players to beat us. Like why? haha it’s weird that they would do that.

Today we went on an activity with one of our districts to the Domboshava caves. It was way fun. It’s a beautiful hike and at the top you can see our whole area. Near the cave there are some ancient paintings done by locals thousands of years ago. When we attempted to enter the cave it was a squeeze, but it ended up being really fun and interesting because it lead out somewhere else. Over all the activity was a success and we all had tons of fun.

I’m still studying in D&C which is going pretty well. And it’s actually proved to be helpful in my new assignment as ZL. From what I’m seeing in my zone I think every one is going the right direction, maybe they’re scared of me I dunno. All I know is that I’m going to do the best that | can to turn things around here. 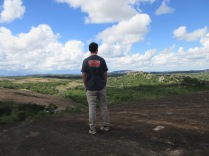 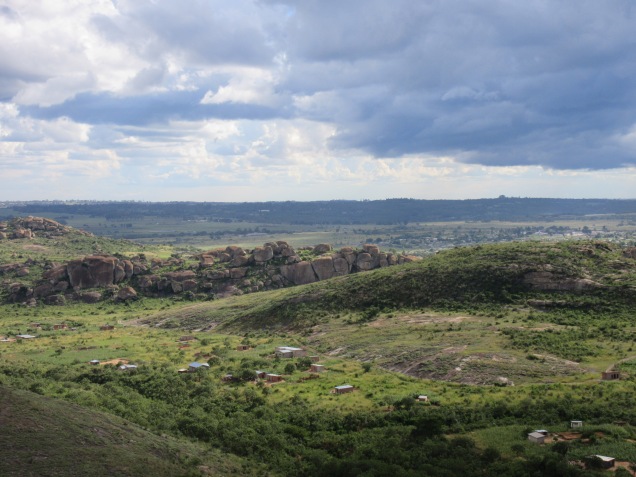